Too often, there are misunderstandings and questioning of results across studies simply because terms are not being used in the same manner to describe the same process. Herein, the Ascension Sciences team has extracted commonly used terms to describe characterization parameters, and defined them in order to establish a baseline from which more detailed discussions can take place.

The quality of not having toxic or injurious effects on biological systems [1].

A mixture in which one substance of microscopically dispersed insoluble particles is suspended throughout another substance [2].

The quality of being toxic to cells. Cytotoxic compounds can result in loss of cell membrane integrity and rapid death (necrosis), prevent cells from actively growing and dividing (a decrease in cell viability) or activate a genetic program of controlled cell death (apoptosis) [3].

A mixture of two or more liquids that are normally immiscible (unmixable or unblendable); dispersions of oil in water (o/w) or water in oil (w/o).

Phospholipid nanovesicles with a relative high concentration of ethanol (20-45%), glycols and water used for dermal and transdermal delivery of molecules [4]. They have high penetration of the outermost layer of the skin, which enhances the permeation of encapsulated drugs.

A mixture that has uniform physical properties in every direction. 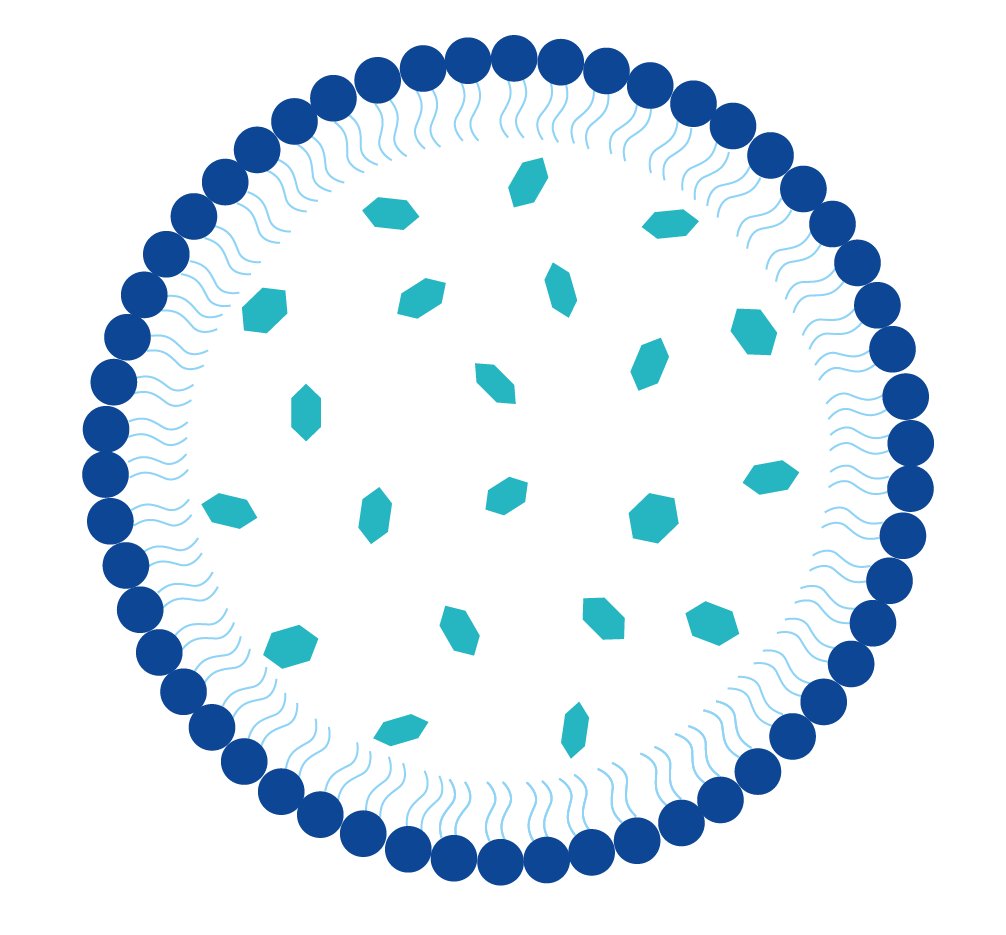 Artificial nanosized vesicular structures consisting of an aqueous core surrounded with at least one phospholipid layer. The liposome can be used as a vehicle for administration of nutrients and pharmaceutical drugs [5]. Liposomes are classified based on their size and number of lipid bilayers: 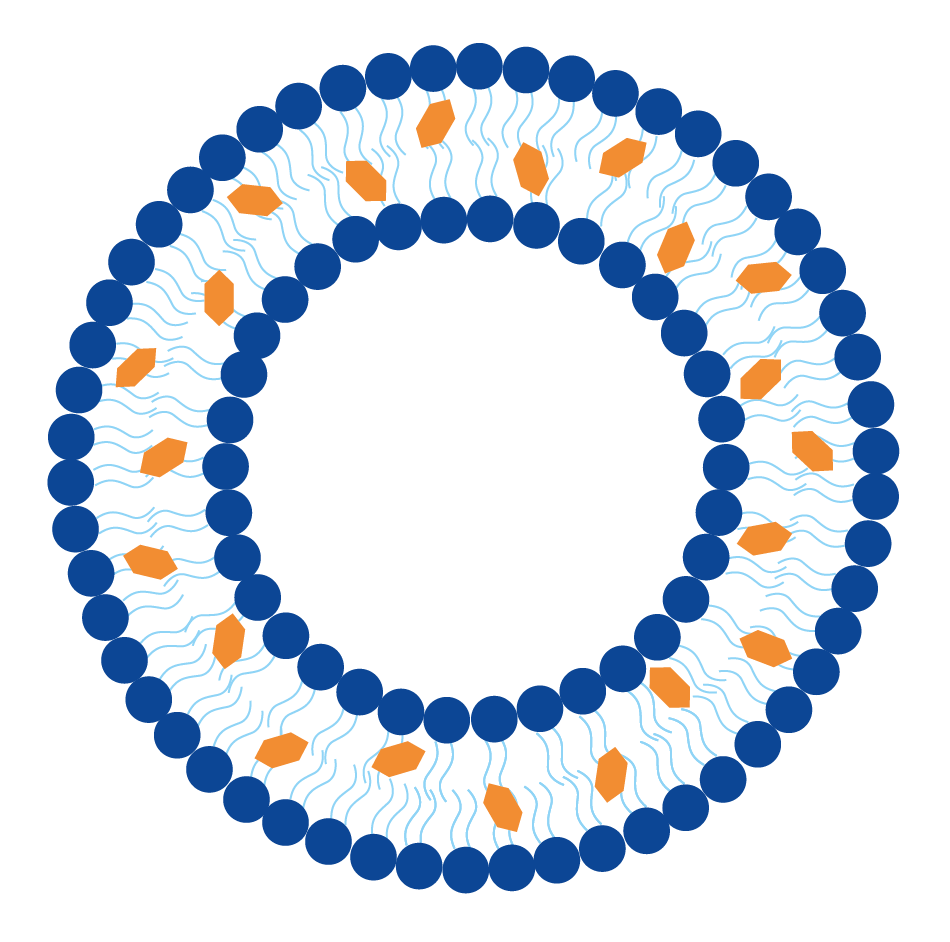 A spherical aggregate of amphiphilic molecules in an aqueous solution with particle diameter 5 – 100 nm [6].

Thermodynamically stable colloidal dispersion consisting of small spheroid particles (comprised of oil, surfactant, and possibly co-surfactant) dispersed within an aqueous medium) [7]. “Thermodynamically stable” here means liquids in the mixture will not become separated; energy of the microemulsion is lower than energies of its components and hence the microemulsion state is more favourable [8]. 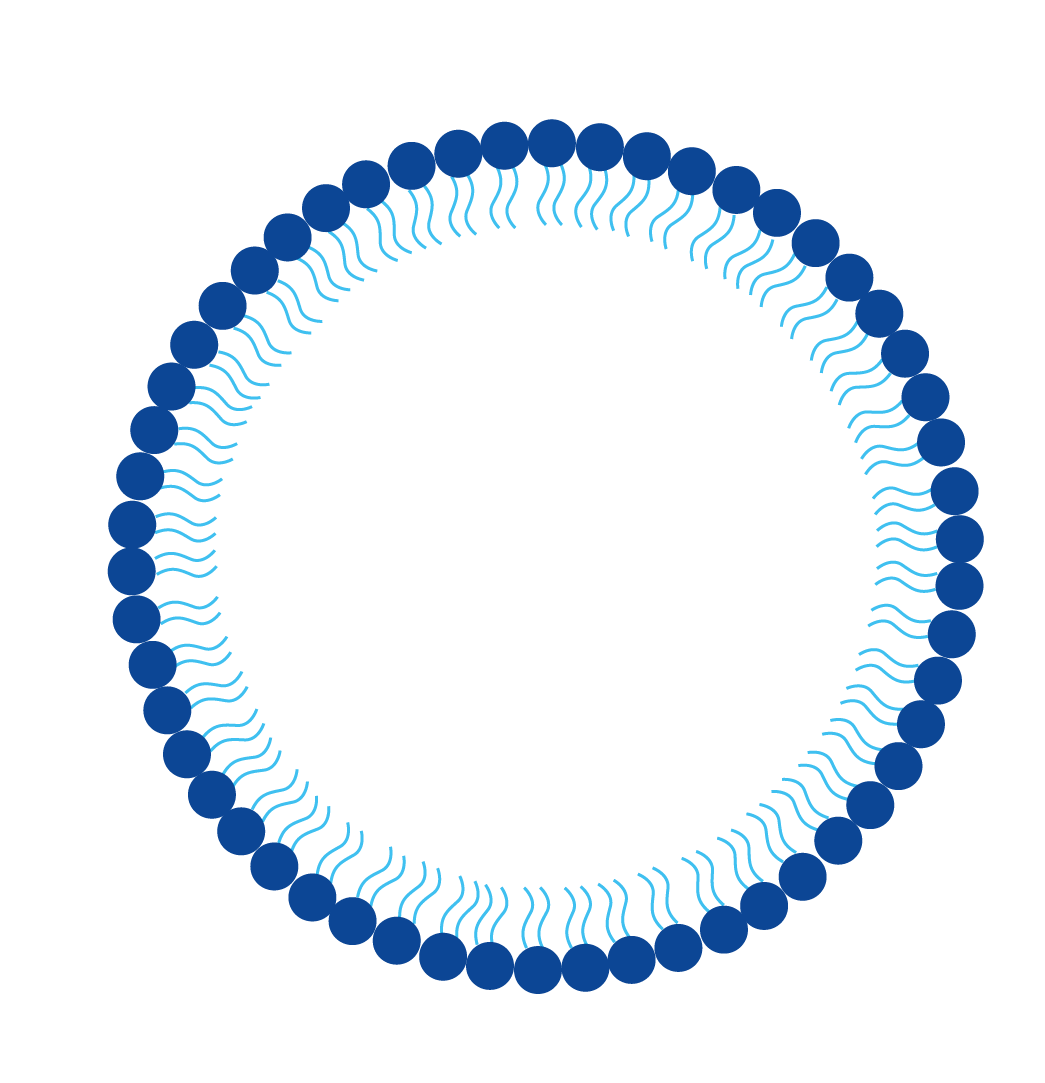 Tiny materials with size ranges from 1 to 100 nm, nanoparticles are used to deliver drugs within the body in an analogous way to delivery trucks bringing packages to their recipients. Both are carrier vehicles for their payloads and are meant to protect their contents in order to reach the right destination, at the right time and in a safe manner. Carrier molecules are called excipients and the drug is often called the active pharmaceutical ingredient or API. Excipients are chosen and assembled to give specific properties to the particle such as timed release of the drug or targeted delivery to chosen tissue or cell types.

Furthermore, nanoparticles can provide protection to their APIs that might be sensitive to degradation due to the action of light, exposure to acidic or basic pH, temperature or oxidation over time.

Type of solid lipid nanoparticles; a formulation extension of SLNs in which the NLC lipid particle carrier matrix is composed of multiple lipids [9]. The most common type of NLC matrix is a mixture of a solid lipid with chemically different liquid lipids.

When reported in literature or as a specification, nanoparticle size refers to the average diameter of the particles within the sample of interest. The particle population in a sample is comprised of a distribution of sizes as such, another metric called the polydispersity index (PDI) is often reported along with size.

Particle size is most often determined using dynamic light scattering (DLS) where a laser’s transmission and reflection through the sample are measured and then correlated to size. Direct diameters can be measured using transmission electron microscopy (TEM) where a picture of the particles is taken, and size is directly assessed. In both methods, an average size is reported. 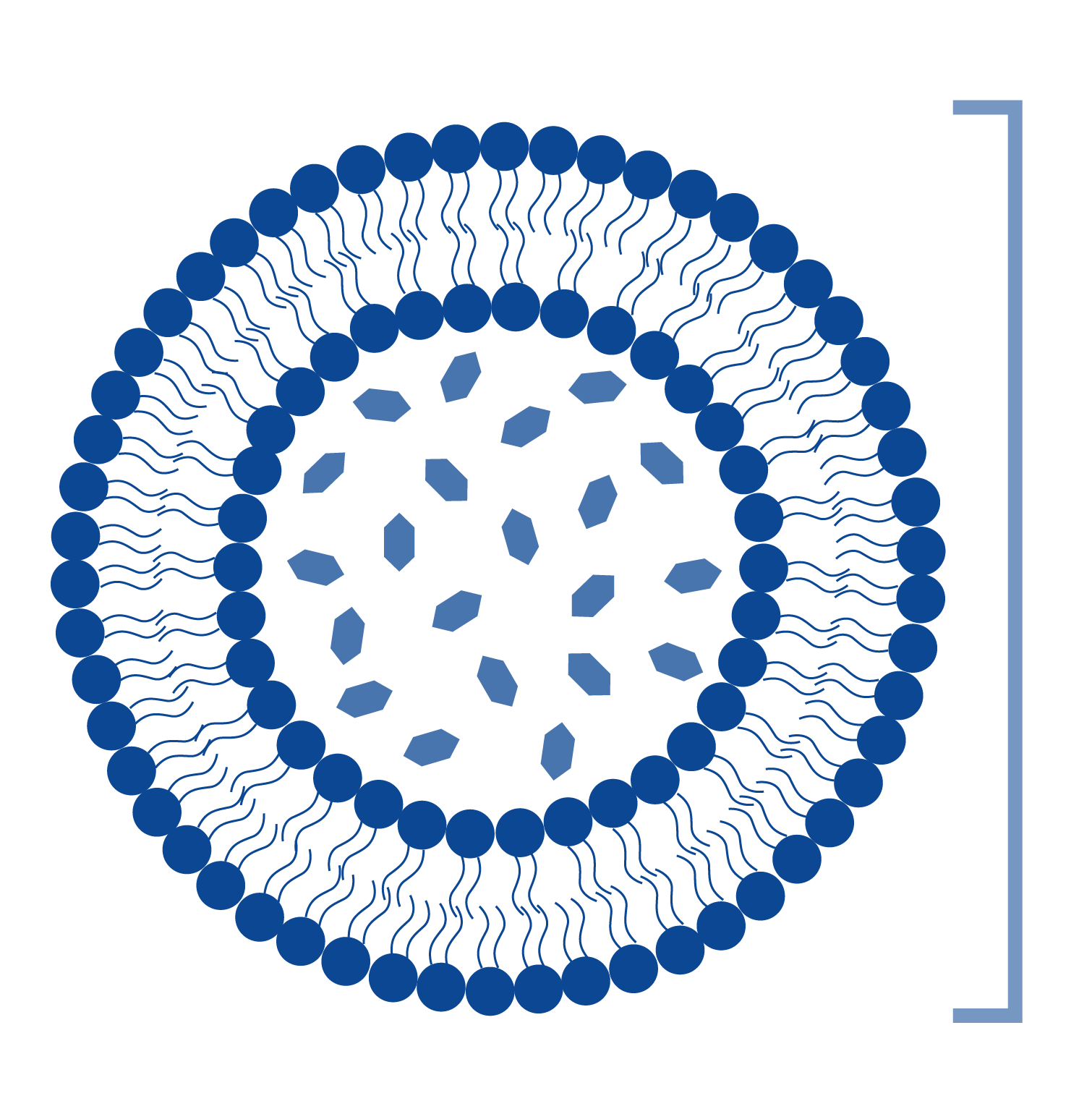 PDI is used to estimate the average uniformity of a particle population, and larger PDI values correspond to a larger size distribution in the particle sample. PDI can also indicate nanoparticle aggregation along with the consistency and efficiency of particle surface modifications throughout the particle sample [10]. A sample is considered monodisperse when the PDI value is less than 0.1.

A monodisperse population is important in order to have consistent performance from the formulation. In a given formulation, if the PDI is high, the performance of the larger particles will vary from that of the smaller ones in terms of drug delivery, stability or other desired specifications. Although some of the particles might achieve the desired result, it is possible that the effect could be masked by off target or unwanted behaviour from the other particles.

Colloidal particles of size range 10 nm – 1 μm and solid in nature. Depending on preparation method, polymeric nanoparticles can form two types of structures: nanosphere and nanocapsule. Nanospheres consist of a matrix system in which the drug is uniformly dispersed whereas in nanocapsules the drug is embedded in a cavity and the cavity is surrounded by a polymeric membrane [11]. 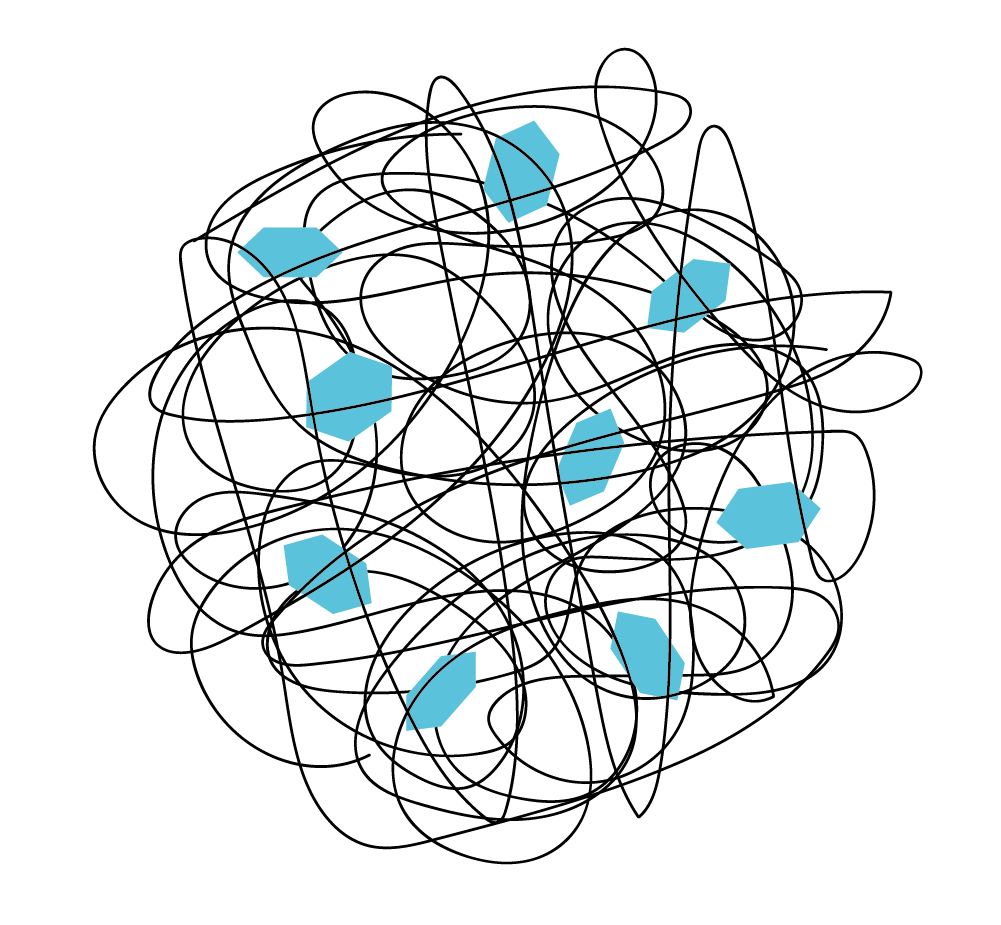 A measure of drug activity expressed in terms of the amount required to produce an effect of given intensity [12]. A highly potent drug evokes a given response at low concentrations, while a drug of lower potency evokes the same response only at higher concentrations.

Mixtures of oils and surfactants, ideally isotropic, and sometimes containing cosolvents, which emulsify spontaneously to produce fine oil-in-water emulsions when introduced into aqueous phase under gentle agitation, for example in gastro-intestinal tract with mild agitation provided by gastric mobility [13].

Surfactants are usually organic compounds that are amphiphilic, meaning they contain both hydrophobic groups (oil-soluble) and hydrophilic groups (water-soluble) [14].

Lipid nanoparticles are comprised of surfactant-stabilised lipids that are solid at both room and body temperature, typically formulated with a single high-purity lipid as a primary carrier material [15-19]. 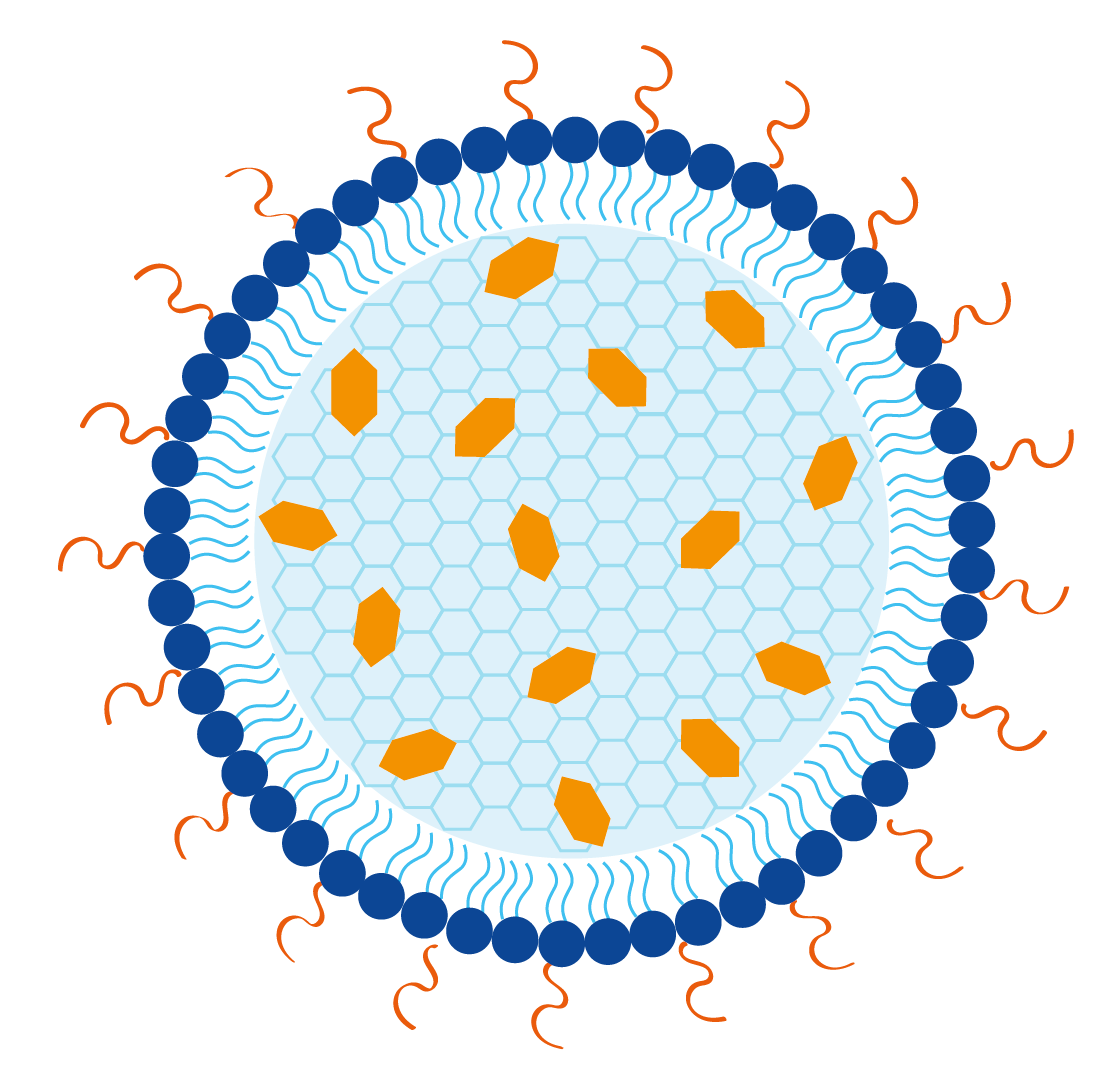